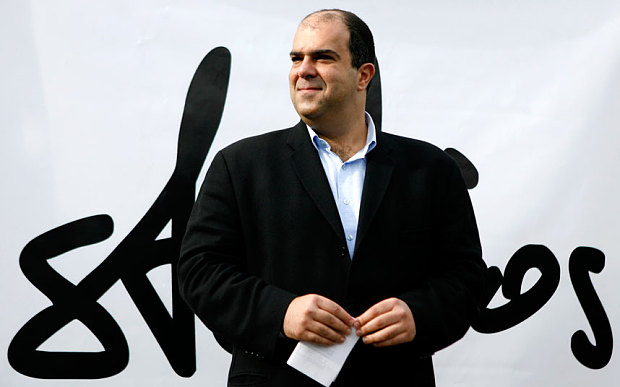 Stelios is best known for creating easyJet.com in 1995 when he was just 28 years old: The low cost airline that revolutionised European air travel over the last 25 years now carries over 100 million passengers p.a. with a fleet of c. 350 Airbus aircraft flying to more than 30 countries. In 2000 Stelios floated easyJet on the www.londonstockexchange.com  in order to fund growth but he and his family are still the largest shareholders holding about 1/3rd of all the shares. Stelios successfully campaigned to set a dividend policy that pays 50% of profits as a dividend.

The easy family of brands (www.easy.com): A strategic decision made during the easyJet  IPO meant that ownership of the easy brand, (including easyJet) is retained  in Stelios’ private investment vehicle,  easyGroup, based in Monaco and London. As a result, easyGroup now enjoys a steady income from licensing the easy brand to many businesses, including the airline. Every time someone buys a ticket on easyJet.com, easyGroup collects 0.25% of the ticket price as royalty.  Since 1995 the easy family of brands has been extended to many other activities – all offering consumers “more value for less”. easyHotel.com , listed on the stock market in 2014 and easyGroup holds c 28% of the shares. Other brands include: easyBus.com , easyCar.com , easyFly.co.uk ,  easyHub.com  , easyMoney.com ,  easyProperty.com , easy.Coffee, easyGym.com , easyStorage.com , easyFerry.com  and many others supported by more than 1000 registered trade marks. Stelios is always looking for carefully selected business partners and entrepreneurs with whom to jointly extend the easy family of brands. easyGroup  also has a rigorous legal policy of stopping brand theft (unauthorised use).

Charity work: Stelios started giving back to society when he turned 40 years old and has since formalised his charitable giving by creating the  Stelios Philanthropic Foundation (www.stelios.org) , which now takes up about a third of his time. Its mission statement is to support a diverse range of charitable activities principally in the countries where he has lived and worked: UK, Greece, Cyprus and Monaco. The most notable program is called “Food from the heart” that feeds 200,000 people each month in Greece and Cyprus since 2013  https://steliosfoundation.gr/faghto-apo-kardias. Moreover with the Bi-communal awards in Cyprus the Foundation is  granting €500,000 in cash pa  since 2008 to Greek Cypriots and Turkish Cypriots who work together for lasting peace on the island https://steliosfoundation.com.cy/peace-cyprus-bicommunal-awards/. Other good causes are supported with regulars donations such as to the environmental charity   wwf.org in partnership with the foundation of HSH Prince Albert II of Monaco. (fpa2.org).  In May 2017 Stelios signed the Giving Pledge (https://givingpledge.org/Pledger.aspx?id=334 ) committing to endow his foundation with half his estate in order to become the perpetual vehicle for his legacy. This initiative was started in 2010 by Bill and Melinda Gates and Warren Buffet.

Family business background: Stelios, was born in Athens, Greece on 14 February 1967, the son of the late Loucas Haji-Ioannou, a self-made Greek-Cypriot shipping magnate. Stelios started his business career working for his father at Troodos Shipping in Piraeus, Greece until aged 25 when he founded his first own venture, Stelmar tankers with financial help from his father. Stelmar floated on the NYSE.com in 2001 and was sold to a competitor in 2005 for about US$1.3bn.

Honours: In 2006, at the age of 39, Stelios received a knighthood from HM Queen Elizabeth II for services to entrepreneurship. Since 2009 he has been the Honorary General Consul for the Republic of Cyprus in the Principality of Monaco – where he lives. He graduated from the www.doukas.gr High School in Athens in 1984,  the London School of Economics ( lse.ac.uk ) in 1987  and in 1988 obtained a masters’ degree from the City University ( www.cass.city.ac.uk) . At all 3 academic institutions the Stelios foundation has been funding scholarship programs each year with more than 250 Stelios Scholars having benefited so far. He has been awarded 4 honorary doctorate degrees from City, Grandfield, Liverpool John Moores, and Northumbria (Newcastle) Universities in the UK. Since 2018 he is the Chair of the enterprise fellows of the Prince’s Trust in the UK, a charity set up by HRH the Prince of Wales. https://www.princes-trust.org.uk/support-our-work/major-gifts/enterprise-fellowship/members  . Since 2016 he founded the www.Gustaviayachtclub.org and he is the Commodore of the Club.